Hello again, it’s a another episode of the Faith Pest Control podcast. Mike Stewart, your host today. And we’re going to be talking about Palmetto bugs. Now I’ve called them Palmetto bugs, but they’re just big. roaches. I think they’re American roaches. But federal correct me if I’m wrong on that. But you know, these big Palmetto bugs, I see them all over the south and you know, people in Jasper and LJ and Blairsville and Blue Ridge, Georgia, folks, you’re gonna find Palmetto bugs up here. And they’re nasty. They’re big. And who wants a bug crawl around on the kitchen floor? So Fred, tell us the story of the Palmetto bug, what are they? And what you could do to make sure that our kitchens and our homes stay free of these monsters. 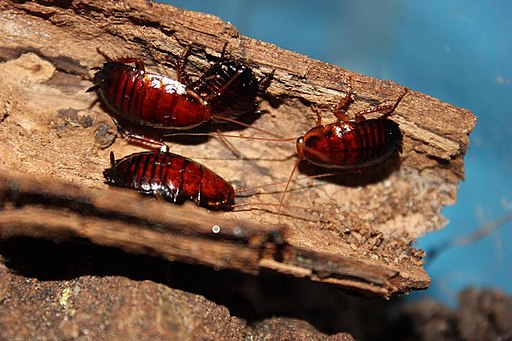 M Collie
Fred and Seth operate on a top notch basis. I cannot say enough good things about them both. I trust their expertise and I trust my home to them. Both are outstanding men and as long as I own my home, their will be no other pest control company I will use. First class!!!!!!

Jerry Evans
Barry was an excellent technician, very dedicated and very professional. They are very dedicated to making sure they please the customer. Barry is very friendly, always on time and determined to make sure he completes the job in a timely manner! We would highly recommend Faith Pest Control!! We are very satisfied with their service!!

Dallas Bailey
Barry Miller was the tech He was very friendly and I'd like to keep service from this company if they are all like Barry. Ty One and all Dallas

Chris Donohue
Fred did a wonderful job for us and is one of a dying breed of folks providing honest and reliable service. Thanks!

Emily Capps
I was delighted to find such a thoughtful and professional in Fred at Faith. He answered all my questions, worked around my wonky schedule, and provided a detailed estimate I could understand. We ended up using someone else but only because my partners' & I needed something he couldn't provide unfortunately. I wish I could have worked with these folks, they're good people.