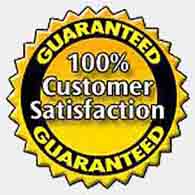 Danny Driggans
Both Fred Talley and Barry Miller are true professionals. They go above and beyond on every service call. With so many pest control services out there, Faith Pest Control is the finest I have ever used. They are my pest control pick for both knowledge and service. Their pricing is both fair and reasonable, as well. They have never disappointed me in the years I have been with them, and that is why I will stay with them for life...

Carrie Sheldon
First time using this service, have signed up for the quarterly service. Fred is very pleasant to work with. Looking forward to continued service with him.

Larry Williamson
Very professional and personable. Glad I went with Fred over the traditional exterminators. Liked the idea of no contract, plus we are seeing results in his work!

Jeff Gephart
Seth is very professional, would highly recommend him and the company.

Patty Grier
Fred was awesome. He took care of our mom. Thank you for servicing her.

Matt Dyer
I had a great experience using Faith pest control. I sent an email on a Sunday requesting a quote for an in ground yellow jacket nest that I had an encounter with. I got a response from Fred that day and he said they could be out on Monday morning. He showed up on time and was very professional and took care of the problem. He even went by the following day to make sure the yellow jackets were dead. All at a very reasonable price. I highly recommend Faith and will definitely use them again in the future!