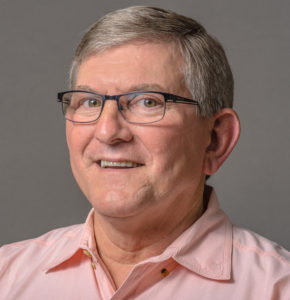 Welcome, again to another episode of the Faith pest control podcast. We do this podcast for folks that live in the Jasper, Blairsville, Blue Ridge, Big Canoe, North Georgia mountains. You know, if you’re in North Georgia, and especially in Jasper, Georgia, Faith pest control is your one stop shop for pest control and get an exterminator that knows what he’s doing. Now, I like to consider myself one of the biggest pest dummies in the world. I don’t know the answers to questions. That’s why all I do is introduce Fred and let him ask questions, but we thought it might be fun for me to ask three or four questions that maybe some of you folks have. And in fact, what you should do is you should always call faith pest control when you have a question about bugs. So I’m going to ask this question. These are things I don’t know, Fred. And let’s see. See if we can stumpp Fred on a couple of questions, but I don’t think we can because he is the pest expert. Are you here, Fred?

I’m here. I’m here, Mikey. Okay, fire away. All right. What kind of diseases do mosquitoes bring to the world? I mean, can Can I get something from mosquito that could make me sick or kill me or my pets? What are the problems mosquitoes do? More than anything else they’re a nuisance to seems to be to most people. They don’t seem to bother me at all. But the first two really diseases that come to mind are west, west nile does is it dung ghee. And as far as diseases, with mosquitoes for humans, now, most people I think I’m assuming most people know, but maybe they don’t. But the heart heartworms in your dogs. That is a mosquito borne problem. They get bit by a mosquito. And I don’t I don’t really know the whole process about it. But that’s how they get heartworm disease. My vet tells me in Georgia and North Georgia specifically, that’s where we’re at 60% of all dogs will either have or will have the heartworm disease. Well, you know that that could be something people don’t know they don’t realize that when they’re letting their pets out and these mosquitoes that that could be a good reason to have a mosquito treatment for your to protect your pets from heartworm. So that was I’m glad I asked that question. So I’m gonna I’m gonna go to another, another area. And we’ll just have a few questions they every once awhile we’ll do, Mike the dummy questions. How’s that? That’ll be a nice series. I remember years ago, that I had a Yellow Jacket nest, because I didn’t know yellow jackets, build their nests underground in your yard, you know, they’re not up in trees. You know, when you see a hornet’s nest, you see something that all that something looks like grayish paper. You can identify that, but I didn’t know. Yellow Jackets. You know, we’re in little, I don’t know, do they? How do they do they tunnel their cell selves, a little tunnel? Where do they find holes in the ground. But anyway, they were in the ground. So I’d love to know how they get in the ground. But my favorite story was, I was mowing and one flew out when I moved mode overtop of his nest, and he stung me on the leg. So I called a friend of mine. And he said, pour gasoline in the nest and light it on fire. He left out do it at night when they’re asleep. So when I poured that gasoline in that hole, I didn’t even get a chance to light it. They came flying out of there and they attacked my hand and I That’s the worst thing I’ve ever had in my life. So talk about how they get in the ground. And you know, what would be something that you would recommend to do that would be safe. You know, should we call should I’ve called a professional was because I know one thing I’ll never I’ll never do it again. Talk about Yellowjackets in the ground because I bet you there’s a lot of people in North Georgia that have them. Yes, there they are now. And I’m not 100% sure about if they dig their nest or if they take advantage of a hole that’s already there. My My thought is both that they might take advantage of a hole that’s already there, as well as create their own or modify the one they find. But they will they build a nest it would it would make you think of a wasp nest but it’s it’s big and it

I just I don’t recommend that a homeowner Well, I mean I don’t I don’t know that I want to say that when I if I don’t ever approach than this face first kind of stand off away from the nest if you see where they’re going and come in and kind of look at their flight pattern and so you don’t want to interrupt their flight pattern. Yellow Jackets will have what we would call guard bees. There their job is to protect the interests of the nest from intruders so if they detect you as a as a threat, they will you know, come to staying you know, Yellow Jackets if when they staying they can staying multiple times, and they they release a pheromone that tells other Yellowjackets in the NASS that there’s an intruder in I need help to defend the nest against this intruder you know, knock on wood. It may happen today but I’ve been in this business 21 years and I’ve only been stung one time. And that’s because I approached and asked head on and I and I know better generally you can I can walk up to the nest and inject the insecticide that needs to be put in there and in not really have much problem at all. And I do it during the middle of the day. The the school of thought is to do it at night when all the inhabitants are in there. But I’m I just don’t want to have to go back if I get called the Yellow Jacket snaps. Some people don’t even know what they have. So you know I get called out I go to yellow jackets Nast, I treat it then in there. I don’t wait. So it’s it’s they’re treatable. They’re not aggressive unless provoked. But if provoked, they can be very aggressive. Like, do you run over a yellow jackets nest with a lot more than it’s a push mower? The reality is you’re probably going going to get stung half a dozen times, if not more. Well, that’s great. That’s great information. You know, I’m having fun with this. So I’ll tell you what, just to keep this a little shorter show. We’ll save some questions and we’ll do Mike the dummy series another time. I got I got enough questions probably last year lifetime Fred But see, you know, Fred is the expert in Jasper Blairsville. Blue Ridge, big, big canoe. When you know, Fred, tell us how he can get in touch with you. If you if they have a bug problem and they need you to help. If you need to get a hold of us. You can call us at 770-823-9202. And please when you call ask to speak to me. I’ll be more than happy to speak with you. Answer any questions you may have in my name is Fred tally. All right, then this podcast is produced as a community service for all the folks in Jasper, Georgia and surrounding areas you can get us in Apple, Amazon, Spotify and Google. But anywhere that podcasts or even on the web, you can listen on your web browser on your phone or on your tablet. Share you know we have a little monitor know like and notice like us, share us and subscribe to us if you’ll do those things. You’ll be in the loop and you’ll have a pest free home in Jasper Georgia until next time is Mike Stewart for the faith pest control podcast.

M Collie
Fred and Seth operate on a top notch basis. I cannot say enough good things about them both. I trust their expertise and I trust my home to them. Both are outstanding men and as long as I own my home, their will be no other pest control company I will use. First class!!!!!!

Jerry Evans
Barry was an excellent technician, very dedicated and very professional. They are very dedicated to making sure they please the customer. Barry is very friendly, always on time and determined to make sure he completes the job in a timely manner! We would highly recommend Faith Pest Control!! We are very satisfied with their service!!

Dallas Bailey
Barry Miller was the tech He was very friendly and I'd like to keep service from this company if they are all like Barry. Ty One and all Dallas

Chris Donohue
Fred did a wonderful job for us and is one of a dying breed of folks providing honest and reliable service. Thanks!

Emily Capps
I was delighted to find such a thoughtful and professional in Fred at Faith. He answered all my questions, worked around my wonky schedule, and provided a detailed estimate I could understand. We ended up using someone else but only because my partners' & I needed something he couldn't provide unfortunately. I wish I could have worked with these folks, they're good people.