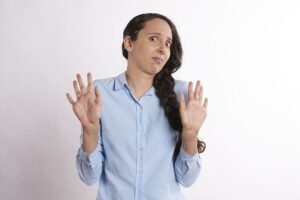 Faith Pest Control podcast at FaithPestControl.com. Up here in North Georgia with the pest control Agency owned by Fred Talley. I mean, if you live in North Georgia, like in Jasper, or Ellijay, or Blue Ridge or Ball Ground, Georgia, then you need to know about Faith Pest Control and, and Fred Talley. We do this as a community service just to let you know of problems that customers real customers in North Georgia are having when it comes to pest control. And today, we got a really unique thing. So Fred, I want you just to talk about this interesting subject that you’ve experienced, he told me prior to the recording here, you experienced this more than once this year. So what are we going to talk about?

Fred Talley
So Mike. today I want to talk about a condition called delusional parasitosis. By definition, delusional parasitosis is a psychiatric disorder, with which the patients are are convinced that they have some type of infestation with parasites. This is, or at the very least, can be a very serious problem that affects a lot of people in our society. Just so everybody understands this, I’m a bug guy. I’m not a medical doctor, nor am I a mental health professional. I’m simply a bug guy talking to you, and giving you bits and pieces of information that I have read and observed and been taught. And while in the pest control industry, I have recently just completed my 20th year in the pest control industry. And prior to this past year, I’ve never seen what I thought might be a case of delusional parasitosis. In this in the past year, I’ve had three separate cases of what I believe to be delusional parasitosis. Is that a coincidence that this past year has been the year of the pandemic? I don’t have a clue. I have no idea.

The first case I had, and I’m not going to discuss all three. But there are some similarities between all three. But the first case that I encountered as I had never encountered the problem before I really failed to pay attention to some very obvious clues. The lady that contacted me pretty much right off the bat, told me she was being bitten by something inside her house. She told me that she had previously had a pest control company, but they had recently told her that they couldn’t help her anymore. That was the first clue that I neglected to pay attention to. She convincingly told me that she was not crazy. And I tell you this with all sincerity, that’s the word she used. That was Clue Number two. And so I after, you know, talking with her on the phone, I scheduled a consultation with her. And during the home visit she gave me I don’t remember the exact number but you know, 8, 10, maybe 12 blue boards as what she perceived as evidence of whatever was biting her. The only thing on the glue boards were just little specks. Some sand, maybe dust. Definitely not a bug. I mean, I looked at it, at everything thoroughly. I didn’t have a microscope with me, but I had a 30 power magnifying glass. They weren’t they weren’t bugs. And, you know, at that point, I didn’t point out that to her. But to me, that was the that was Clue Number three that I failed to pay attention to. She walked with me throughout the house and pointed out little small specks on the floor that she identified as the bug that she thought was biting her. Again, there were no bugs. This lady was in her early 80s. And by her own admission, she did not see well. She wasn’t wearing glasses either. So yeah, obviously that did not end well for either one of us. But the thing that I did observe that in all three cases that I’ve that I that I perceived to be delusional parasitosis over the last year. The last one being this week, which actually was what triggered my decision to talk about this on this podcast.

All of the people encountering what they thought was a bug problem were single women either widowed or divorced. With the youngest one being in or her mid to late 50s. I want to say she told me 56, but I’m not positive of the other two one told me that she was in her early 80s, which was the lady have already talked about another lady. I’m guessing she was probably somewhere in or early to mid 70s. But all of them complained of being bitten inside their house. And two of the three providing what they deemed to be here, irrefutable evidence of bugs in their house. Two of the three cases I’ve had are occurred in the wintertime, which to me was it is a clue, because you generally are running your furnace in the wintertime and draft heat. Typically, for me anyway, that means dry, itchy skin. One lady that I talked to, the lady from this week actually told me she had taken samples of what she thought were the bugs that were biting her the UGA for identification. And they told her there were no bugs in the samples that she had provided. She called me after the opinion from UGA. And she was upset because nobody believed her. Now, I didn’t try to convince her that she was wrong. I just listened to what she had to say. I didn’t feel like I could help her.

My reason actually, for talking about this today is those families that are dealing with this situation are the parents or grandparents or other relatives, or loved one that they really believe you know that there’s a problem to to the patient, if you will. The problem is very real – extremely real. I can tell you something that you might be able to try to satisfy them. I encountered a problem in an office environment one time where the ladies were complaining about something constantly biting their legs at work. I never found any type of insect activity, but they constantly complained about their legs being bitten. Now I wish I could say that I came up with this idea by myself, but I didn’t. A fellow bug guy that’s a friend of mine told me to try spraying the floor area around these ladies desks with an anti static spray, like Bounce – an anti static spray. After I did this, I never had another complaint from the ladies in the office. Now you know most ladies that have to go into an office to work dress generally rather nicely. They’ll sometimes wear nylon hose and static electricity is created when you rub too dissimilar materials together. So the act of walking across the carpeted floor, panty hose the the assumption is they were getting little static electricity shocks on their legs. The same thing actually happened to to one of our technicians about three or four months ago, and he told him what to do. It’s a monthly account, they complained about two months in a row of constantly their legs being bitten by something. He went in with anti static spray, we haven’t heard another word about it since that happened. So that may be a viable solution to your loved ones being bitten, or they think that they’re being bitten.

As always, here at Faith Pest Control, we offer a free consultation, we offer a 100% make you happy Money Back Guarantee. If you hire Faith Pest Control to get rid of your bug problem, at the end of 30 days if you’re not 100% happy, we’ll come back and retreat your home for free. We’ll keep on treating it for free until you tell us you are happy. If that still doesn’t make you happy, we will give you back every penny of the money spent on the original treatment plus will pay you an additional $25 just for your time in trouble for fooling with us. I don’t know of another pest control company with a confidence to make you that kind of offer. The bottom line is this. You will be happy with the service we provide or you will not pay a penny period. That’s how confident we are in our high degree of customer service and our commitment to doing the job right.

Please call Faith Pest Control today. 770-823-9202 and asked to speak to me Fred Talley. I’ll be more than happy to speak with you and answer any questions you may have.

Mike Stewart
Well Fred, that’s That’s interesting that there is actually a label for the issue of that, you know, something’s going on. And you know, people may or may not know, or you know, they diagnose that it is insects. And in reality, it could be something as simple as static electricity. It shows that you’re you care about your customers, and you just want to help people. And if you don’t have bugs and you have static electricity, then you got to have an open mind that there may be another solution to your problem. But I learned something today, and I hope you did, too, folks. Share this podcast where in Apple, we’re in Amazon, or in Google, read Spotify, where you get podcasts, you can get this podcast, you can share it with your friends, and we do it just to help the fine folks and residents of North Georgia know what’s out there when it comes to pest control.

So until next time, I’m Mike Stewart for the Faith Pest Control podcast.

EXCELLENT Based on 77 reviews.

Haley Thomas
There absolutely amazing. There very professional and get to you quickly

Paul Kleiber
Barry is wonderfull actually Faith Exterminating has been wonderfull.After using one of your major competitors for a year with little communication, missed appointments, incomplete service etc. Etc. Faith exterminating is a breath of fresh air very professional and great to work with. Thanks Barry and to a great office staff.

nancy trowell
We have used them for a number of years and they are very quick to respond and do whatever is needed whenever you call.

Kimberly Hipps
Fred is the nicest guy I've ever worked with for any home project! He completed the inspection a day early and was quick to respond with my questions. He is the only exterminator we will use!